Skip to content
Home / Other Products / Cannabis Tampons: All You Need To Know 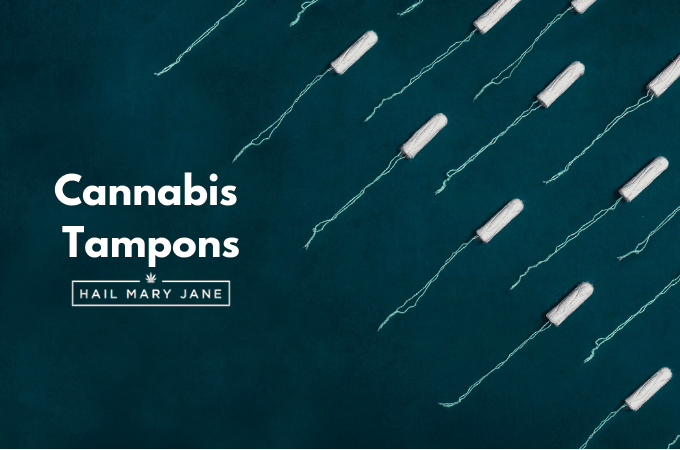 As the legal cannabis industry continues to grow at a rapid rate, the range of cannabis-containing products available on the market is also expanding. And one of the most eye-catching of these new products is an intimate innovation for women that has been designed to treat the pain and cramps associated with menstruation. Say hello to cannabis tampons.

What Are Marijuana Tampons And What Are They Made Of? Created by a company called Foria – which has previously gained attention for their cannabis-infused sensual enhancement oil and lube – the tampons aren’t designed to stem the flow of blood but, rather, to offer targeted pain relief.

You see, the tampons, or vaginal suppositories, contain a specially formulated blend of THC (240mg) and CBD (40mg). These cannabinoids, which are the most prevalent in the cannabis plant, have been found by scientific studies to relax muscles and release tension and cramping in the body. The other ingredient is organic cocoa butter.

By inserting the gooey suppository into the vagina, the cocoa butter, THC and CBD infusion is absorbed into the bloodstream via the vaginal walls. The cannabinoids can then activate the region’s CB1 receptors (part of the body’s endocannabinoid system), which in turn relieves tension and pain. This is a unique delivery system that offers targeted relief no other product on the market for treating menstrual pain.

Using cannabis as a treatment for menstruation cramps goes back some time. It was even used by Queen Victoria of England in the 18th century to manage the painful cramps she experienced every month. While there is little research on using cannabis to treat menstruation pains and cramps, modern medical science does seem to suggest its efficacy with numerous studies showing cannabis can relieve pain and relax muscles.

The endocannabinoid system has also been found to play a major role in pain perception, the stress response, inflammation, bone health and muscle formation.

The suppositories are made by using a CBD isolate procured from organic hemp and distilled THC oil infused in organic cocoa butter. In order to standardize purity and potency, Foria utilizes modern and reliable extraction techniques like CO2 extraction.

Although the product has 240mg of THC, the cannabinoid that gets you ‘high’, these cannabis tampons do not induce a psychotropic effect. This is partly down to the inclusion of CBD, which is non-psychotropic and has the ability to negate the intoxicating effects of THC, as well as the delivery method, which encourages only cannabinoid receptors in the uterine area to become activated.

Foria Relief suppositories can also be used alongside traditional tampons. You can simply insert the cannabis-infused tampon first, allow its effects to take hold – which takes approximately 20 minutes according to most reports – before removing it and inserting your regular tampon in order to stem the blood flow. The cannabinoids will have had the chance to be absorbed and will already be circulating in your bloodstream.

Let us begin to answer the question posed above by stating that Foria’s cannabis vaginal suppositories have not been approved by the US Food and Drug Administration nor have they been tested in clinical trials.

However, there is plenty of evidence (scientific and anecdotal) that confirms the safety of both THC and CBD, while organic cocoa butter is also benign. Additionally, the administration route does not seem to pose any problems and is, in fact, a very effective and efficient means of absorption.

While other medications commonly used to treat menstruation-related symptoms, such as over-the-counter painkillers and stronger opioid medications, can come with an array of side effects, both THC and CBD have been found to be non-toxic to humans, even in very high doses.

Won’t this product get you high, though? As mentioned above, despite containing a relatively high amount of THC (240mg), these suppositories will not induce and psychotropic effect. Most of the women who have used Foria Relief report that their mind stays clear throughout, while they may feel some numbness around their pelvic area.

A huge part of the reason why there is not a great deal of scientific research on cannabis and its ability to treat menstruation pains and cramps is due to the fact that cannabis and its derivatives have been a schedule one drug for decades. This means that it’s almost impossible for scientists to get their hands on it in order to run it through clinical trials.

In light of this, we have to look a research on other conditions and glean what we can from it. For example, a 2000 study by Joy J. Mack looked at the benefits of using cannabis to alleviate muscle spasticity in patients with multiple sclerosis (MS) and spinal cord injuries. As similar muscle spasticity is a common symptom during menstruation, we can assume that cannabis will also be helpful relaxing muscle spasms associated with premenstrual syndrome (PMS).

There are also some scientific studies which suggest the cannabis components in Foria’s weed tampons may help relieve other symptoms of PMS, such as acne, bloating, fatigue, nausea, inflammation, and mood changes. In fact, based on the latest research, it would seem that the endocannabinoid system’s main role is to promote balance, or homeostasis, in the body by regulating numerous bodily processes. This is how many scientists think that cannabis and certain cannabinoids can be valuable in treating such a wide and varied amount of medical conditions.

Where To Buy Weed Tampons? 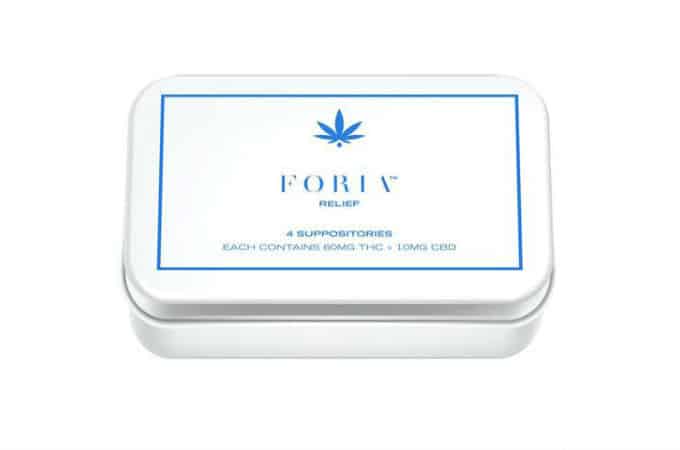 Right now, there is only one company selling weed tampons: Foria. Judging by the effectiveness and popularity of their Relief range, it is almost certain that similar products will be produced in the future, however. Until then, unfortunately, these cannabis-infused tampons are somewhat difficult to come by. In fact, right now you can only buy these tampons in two states; California and Colorado. If you are a resident of either of these states, you do not even need a Medical Marijuana Card to buy cannabis tampons since both states have legalized recreational cannabis. You do need to be over the age of 21, though. For even more convenience, you don’t need to visit a dispensary in person, either. You can make a purchase directly on Foria’s website and have the tampons delivered to your front door in a couple of days. Be aware, however, that under U.S. federal law, you are not permitted to carry any THC or THC-containing product over state lines. Therefore, if you find Foria’s cannabis tampons to help you during your menstruation, it may be wise to plan travels around this time of the month in order to not leave yourself vulnerable to the pains and cramps that weed tampons treat so well. If you don’t happen to live in either California or Colorado, the only way you can get your hands on some cannabis tampons is to make them yourself. By following the instructions below, you can create your own weed-infused vaginal suppositories and rid yourself of debilitating menstrual cramps and the pains that accompany it. First of all, here are the ingredients and equipment you’ll need: Next, follow these steps in order to make your very own cannabis tampons: Please, be aware that this recipe does not control for the amount of cannabinoids present. If you want a certain ratio of THC to CBD, use a cannabis strain with your desired ratios. You could also add concentrated cannabis extracts or isolated THC or CBD to the mixture.

The positive reviews of Foria’s marijuana tampons are piling up. Not only do they offer targeted pain relief and are effective at relaxing muscles and reducing cramps, they can also have a beneficial effect on mood, appetite, acne and nausea. Thanks to the unique delivery route via the vagina walls, the blend of THC and CBD gets to work in about 20 minutes. All this is making cannabis tampons a godsend for many women.

Unfortunately, these hemp tampons are not widely available, though. Foria is the only company producing them and they are only available in California and Colorado – where recreational cannabis is legal. However, due to their effectiveness and popularity, and considering the rapid pace at which the legal cannabis industry is growing, more versions should be available soon. If you want to find it they’ll work for you now, however, you could try making your own.

As PMS can be such a huge problem for so many women, cannabis tampons may represent a safe and natural alternative to traditional pain medication – just as Queen Victoria’s physician knew many years ago. Perhaps they will work for you, too.