Skip to content
Home / Uncategorised / Delta 9 Tetrahydrocannabinol, or THC Explained Everything You Need To Know 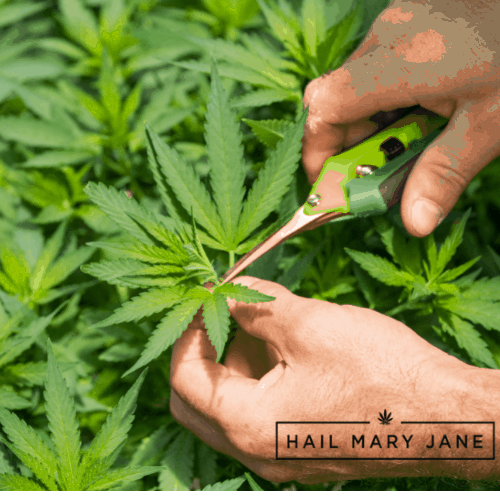 Most people know what marijuana is and the basic effects that it has on a person when consuming it. But what people might not know as much about is what the component is that creates those highly sought after psychoactive effects. And that’s where we come in. In this article, we will give you a rundown on Delta-9 THC or better known as Delta-9 Tetrahydrocannabinol.

What is Delta-9 Tetrahydrocannabinol?

The most common cannabinoid found in cannabis, Delta-9 Tetrahydrocannabinol or THC, is recognized as the main psychoactive ingredient that creates the euphoric “high,” that a lot of people seek. Delta-9 THC and its properties were discovered in 1964 but in 1970, the United States of America, listed cannabis as a Schedule I drug in the Controlled Substances Act. This decision made it very difficult for more research to be done on the molecule and its effects. A Schedule I drug is put on this list because of its believed lack of medical benefits and potential for abuse. And when being put on this list, it makes it illegal to be prescribed, sold and possesed under federal law.

What is the difference between Delta-9 and Delta-8?

The easiest way to understand the difference between Delta-8 and Delta-9 THC is that Delta-8 contains a little less of a psychoactive response than Delta-9, which makes it easier for people to tolerate. Delta-9 THC is considered more of a traditional marijuana, a very powerful compound. And Delta-8 THC is a lot more stable of a cannabinoid.

Structurally, Delta-8 and Delta-9 are very similar – they are only one chemical bond away from one another. And because of this, they are very similar in how they affect those using it. But they are different in the sense that Delta-8’s side effects are much more mild, especially when it comes to the not so pleasant side effects like paranoia and anxiety. The CB1 receptor in your endocannabinoid system (ECS) acts as the component that navigates the psychoactive effects of THC. Delta-8 and Delta-9 both bind to these receptors but they do so in slightly different ways due to their structural differences.

Does it get you high?

Delta-9 is a very powerful cannabinoid of cannabis and is what most think of as the traditional “high” you get from cannabis. In order to get these effects in your system, there are multiple ways to ingest it.

Even though the euphoric effects might fade after a couple of hours, Delta-9 THC can stay in the body for up to 20 hours after ingesting it. It can also be stored in body fat for three to four weeks, although it can be detected in your hair up to 90 days after consuming it.

What are the effects of Delta-9?

In terms of recreational use, Delta-9 THC is still one of the most widely used substances for euphoric and psychoactive effects. The effects can range from feelings of relaxation and increased appetite to panic and paranoia.

The most popular recreational effect would be the feeling of euphoric intoxication. The likelihood of Delta-9 THC to create aggressive behavior is pretty low, in most cases it has the effect of relaxing a person. In some people, Delta-9 THC can act as a sedation and even help someone get to sleep easier. But high doses of THC can also cause an energizing effect, it really varies in each individual differently. But many cannabis users – recreational and medical – seek it out for the altered perception that it gives.

There has been research done on the effect of Delta-9 on athletes and recovery from sports. With its ability to decrease inflammation and pain, studies have shown that this could be a benefit to athletes. There have also been studies done on how its psychoactive elements can help an mentally in sports and workouts.

The medical effects of Delta-9 THC are great. Not only has there been links to pain relief for patients but it has also been found to help with nausea and increasing a patient’s appetite. This is especially helpful to people who have cancer and are going through chemotherapy.

With every good thing though, there are also side effects that people should know about before trying Delta-9 THC. Some of the downsides to this cannabinoid is that it has been known to cause rapid heart rate, paranoia, redness of the eyes, emotional distress, physical impairment, and more.

How does Delta-9 THC affect the brain and your memory?

There has been evidence that suggests that young adults who still have developing brains should limit the amount of usage of Delta-9 THC because it actually can be quite harmful to their brian. There is a risk that young people will develop psychosis, which is the disorder where one’s thoughts and emotions are imparied, which then cuts off  the connection to external reality. Not only this but using marijuana at a young age can also increase chances of having anxiety, memory impairment, learning disabilities and alarming changes in perception.

Can Delta-9 help you with pain management?

Delta-9 THC has been used to help many patients with cancer and other medical conditions. But this is nothing new, specifically marijuana has been used for thousands of years for medicinal purposes. Research on this area is fairly new though but has suggested that Delta-9 THC therapy can significantly help patients with pain management, specifically with central neuropathic pain. This is a type of pain that is caused by damaged nerves. Clinical trials have also shown that the use of Delta-9 THC in cancer patients has allowed them to reduce the amount of pain medication that they need. It also has the ability to reduce inflammation, which in effect reduces pain in people. The CB1 receptors in the brain have a lot to do with why Delta-9 is able to help with pain management.

Federal law and some state laws have classed Delta-9 as illegal. So depending on which state you live in, Delta-9 THC may or may not be legal. It is important to note that carrying it over from one legal state to an illegal state is against federal law. And most states that do allow THC to be legal, limit how much THC products can contain.

There is one way that it has been created legal though. This is due to the 2018 Farm Bill, which basically states that any hemp or cannabis derived Delta-9 THC is legal as long as it only contains less than .3%.

What is Delta-9 distillate?

A Delta-9 distillate is when a product is offered that only contains Delta-9 THC. Some people prefer this due to its high potency of THC, which can offer more intense effects.

To discover more about Delta-9, visit our friends at this Star Buds Marijuana Dispensary.

A Guide to Weed Dispensaries in Eugene, Oregon

The Art Of Sending Marijuana By Mail