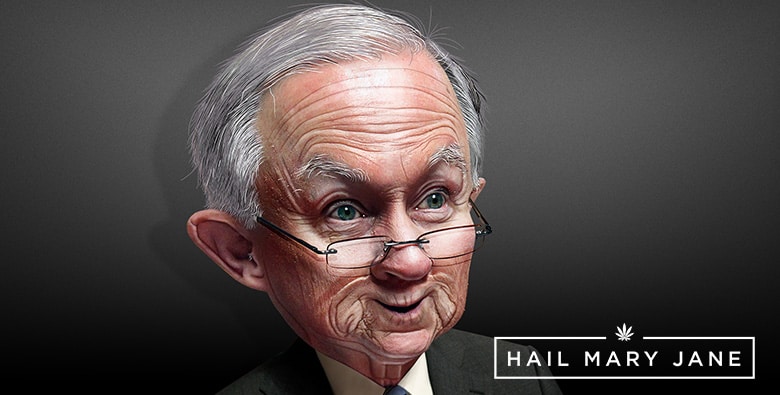 Under the Obama administration, legal cannabis was protected by one single document.

That document was the Cole Memorandum, a memorandum which dissuaded U.S. attorneys from going after cannabis businesses unless they broke both state and federal law.

29 states and Washington D.C. currently have some type of cannabis program, be it for adult use or medical purposes.

On January fourth, three days after recreational cannabis was legalized in California, Attorney General Jeff Sessions announced that he will be rescinding the Cole Memo.

The Cole memo was introduced in 2013 by Deputy Attorney General James Cole.

For the past four and a half years, Cole’s respect of States’ decision on cannabis is what has allowed cannabis businesses to flourish, giving millions of Americans safe access to the plant.

Rescinding the Cole memo gives federal authorities the ability to decide, seemingly on a whim, whether they would like to used federal money, provided by taxpayers, to take action against businesses.

Prior to state legalization campaigns, cannabis businesses were frequently raided and financial assets were confiscated.

Raids and other drug-war tactics left patients without access to medicine, millions of unnecessary arrests of predominantly minority populations, and even led to increased levels of non-cannabis related crimes in neighborhoods that experienced dispensary raids.

Unfortunately, the Rohrabacher-Blumenauer amendment has a long history of contention. The bill was scheduled for renewal on January, 19, but a pending senate shutdown delays the amendment’s renewal.

Cannabis states blindsided, pissed off, and ready to act 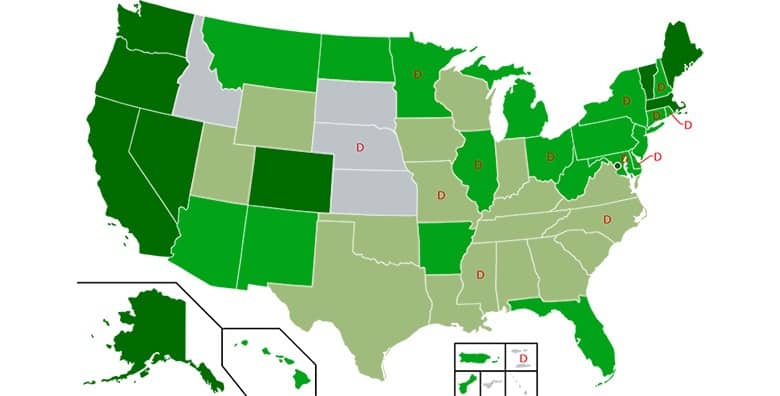 Needless to say, states which have put countless hours into legalizing and regulating their new cannabis policies are pissed. Session’s approval of using federal funds to crack down on state’s rights and deny voters their decision on cannabis is a slap in the face to millions.

In an a comment to Rolling Stone, Representative Jared Polis (D-CO) expresses shock about the recent attacks on cannabis states.

“It was a surprise,” he says. “It leaves the liberty of consumers up to 93 U.S. Attorneys who on a whim could engage in enforcement action against activities that are legal and regulated by states.”

Yet, it isn’t just democrats that are unhappy. Many Republican and swing states are also pro-cannabis reform. In a comment reported by the Washington Post, Cory Gardener (R-CO) threatened action:

“I am prepared to take all steps necessary, including holding DOJ nominees, until the Attorney General lives up to the commitment he made to me prior to his confirmation.”

Kentucky’s Rand Paul (R) also expressed concern, stating: “I continue to believe that this is a states’ rights issue, and the federal government has better things to focus on.”

Yet, some congressmen are hopeful that Session’s attack on medical cannabis will inspire enough momentum for real change.

Senator Cory Booker (D-NJ) tells Rolling Stone, “I’m hopeful that this action is going to have a powerful reaction. This is a movement that’s going to happen, and I’m glad to see I’ve got partners on the Republican side of the aisle that are very animated on this issue.”

On January 17, Representatives Barbara Lee (D-CA) and Ro Khanna (D-CA) introduced a bill to the house that would deschedule cannabis and encourage healing for communities damaged by the decades-long War on Drugs.

The bill, called the Marijuana Justice Act of 2017, was first introduced by Sen. Cory Booker in August of that year.

While those concerned about the future of cannabis are encouraged to contact their representatives and express support over the bill, it’s introduction to the house is a sign that, even in dark times, glimmers of light do exist.

How to Make THC Edibles: Your Guide to DIY Edibles

Weed Delivery Services 2021: The Best Businesses & Where To Find Them