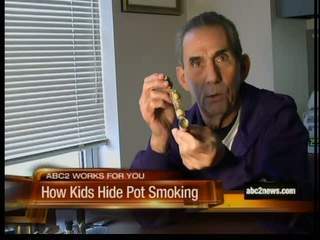 Marijuana has changed a lot since it was made illegal in 1937. It has changed drastically within the last 10 years. Umpteen states have medical marijuana state laws and now Colorado and Washington have legalized it for recreational use. People are accepting marijuana into pop culture more and more everyday. Years ago, most smokers tried to hide toking up in public. Now I see more people publicly smoking without trying to hide it. Which I think is a great thing to an extent. There is a time and place to do that. If you’re in other sticky situations where marijuana is not highly accepted then you need some stealth moves.

The HMJ staff has each written out a little about some of their ways to smoke your weed in stealth. 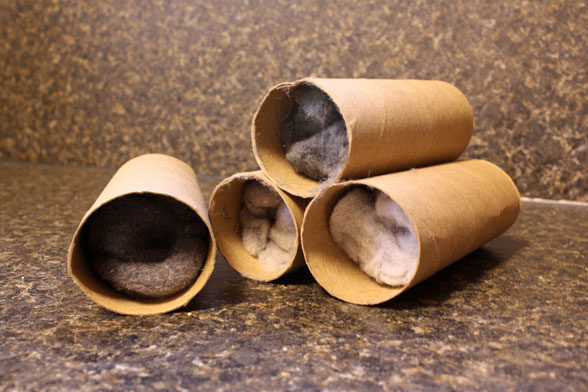 I have only had a few occasions in my life when stealthy smoking was necessary. In those situations, I tried several tricks but none of them were that effective so my contribution is more about telling you what NOT to do. I tried smoking out of the window, tried turning on showers so that the smoke could get into the steam from the shower, and putting towels under doors. None of those things worked. In both situations, the people eventually found out that I was blazing. It might have been because I started to get careless when I would smoke. So here are my rules for getting with smoking:

My personal stealthy smoking technique would have to be my NO2 vaporizer. It has a mouth piece that happens to look like a McDonalds straw so I take fast food drink cups, put the vape in the cup, and stick the mouth piece through the cover. Everyone assumes I’m drinking sprite!

Disclaimer: This is probably THE most I’ve ever done in life to hide my smoke.

When I lived at home in NJ I had a 2-room attic space; but I couldn’t freely smoke, so I used to blaze out the window. Literally like half my body out the window. The ONLY window that opened in the attic was one facing the backyard. It was a challenge when it rained (toking under my umbrella, ella, ella), or when it got east coast cold (smoking in a winter wonderland), or if my parents were in the backyard (b*tch don’t kill my vibe). In order to keep the smoke outside I kept the ceiling fan on low for ventilation, another fan facing where I was sitting to blow the smoke out the window, and of course a towel/blanket at the door and air freshener readily available. Ozium is the truth. Now when it came to smoking outside I used a metal cigarette pipe through the streets of NYC. Make sure you carry your body spray, gum & lotion/hand sanitizer if that’s your plan. I’m not really a fan of those pipes anymore but they served their purpose. Personally now-a-days in LA, the most stealthy I get is putting the joint down. I miiiiight put it out… meh. I hope we all can freely liberate our lives through the flowers of marijuana for the rest of our days.

Since, generally, it’s the fragrance that causes difficulties (though I think the fragrance creates joy) for stealth we turn to the vaporizer. Very few uninitiated are familiar with that aroma. Still prudent to open a window.

I remember when I was in college in Georgia and marijuana was still very much illegal, both technically and culturally. I used to romanticize and ruminate about how cool it would be to walk home from a class while smoking a joint casually in the open air. Now that I live in Vancouver, casual public marijuana smoking is more or less tolerated, even in the heart of downtown. Despite this dramatic shift of tolerance, I still have the urge to be discreet. To this end, my personal vaporizer seems to do the trick. Vapor’s a lot less heavy than smoke. But really I just don’t worry about getting “caught” anymore.

When I think about discreet smoking, I think back to college, finding hospitable alleyways, parks and always keeping a look out for the cops. I was in a fraternity in college and there was a policy against smoking marijuana in the fraternity house, even out in the back parking lot. So the smokers in the fraternity decided to make an informal smoking space out of the back lot of the nearby Baptist Center. Pretty funny I suppose. We never had any trouble with the Baptists, believe it or not.

When you want stealth, keep this saying in mind, ” the best place to hide, is right out in the open. Plain sight”. Where would someone least suspect you of doing something at that given moment. Back when I was living in NYC, my favorite time to smoke, was when I was on my bike, biking all through NYC. My favorite place to smoke on my bike is the West Side Highway Bike Lane. If someone was to ever smell me smoking, I’d be a block down already, and they can’t do anything about it. If u see the occasional cop or patrol , just keep it cool,it the joint/blunt down, and keep It going. Wait a little before you ale another puff just in case they are watching when you pass. If they smell it, there’s too many other people riding on the bike lane to pinpoint one specific person.
Bikers behind you might smell it, but that’s something you rarely have to worry about. It’s never happened to me but you just have to remember in NYC, there’s always someone outside or someone looking. As long as I’ve been riding bikes in NYC, I’ve only seen a few bike cops in the city. Make sure you obey all laws on bikes while riding, especially in Manhattan, because cops will harass you for the simplest shit. That gives them all the ammo they need to stop you, say you smell like you been smoking weed, search you, and so on and so forth.

Best Ways To Get Rid Of Cottonmouth

Indica vs. Sativa: Understanding the Differences Between Species