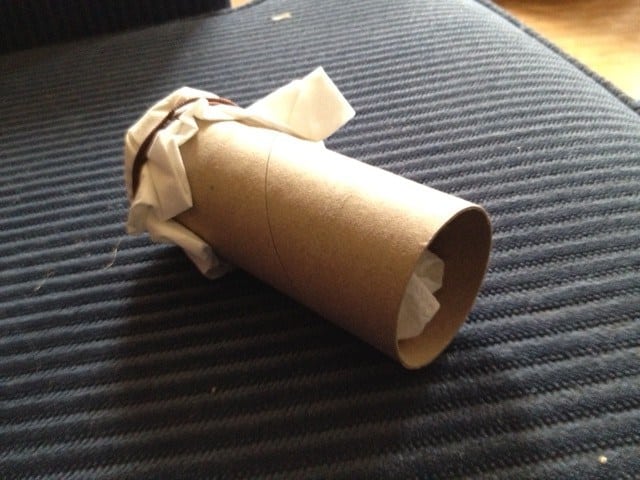 As of June 15, 2013 nineteen states have legalized the use of medicinal marijuana. Yet, as it stands, there are still tens thousands of medical cannabis users who want to conceal the smell in their homes. In fact, plenty of people live in places – dormitories, apartment complexes – where even a small amount of marijuana smoke just isn’t acceptable.

So, what are your options if you want to reduce the smell? While most of us are aware of vaporizers, not everyone has over $200 to burn on this top of the line product. Luckily for you, there are several homemade sploofs you can make, each of which cost less than $10 a pop.

Sploof – a homemade filter used to blow marijuana smoke through. The device is constructed to neutralize the smell of marijuana, before it disperses into the environment around you.

How To Make A Sploof That Works Step By Step

While some of you may know about sploofs, I guarantee that none of you have the following scientific data, on which sploofs reduce the smell of marijuana best.

In June 2013, Airfilters.com funded a research study in which they built five DIY sploofs and evaluated which sploofs reduced the marijuana smoke best. Using a Fluke 985 Particle Counter, the team tested particle levels for four common smoking mechanisms: a bong, a joint, a bowl and a vaporizer. The smoke diffusion was tested in the the bathroom where the smoking took place, in the kitchen directly outside of the bathroom, inside the apartment door and outside of the apartment door.

The methodology was simple: after smoking from each device, one puff of smoke was blown into each one of the sploofs. With each cloud of smoke, the air in the area was evaluated with a Fluke 985 Particle Counter, a machine that measures the amount of smoke particles in the air in microns.

A micron is a metric measurement for very small particles, such as pollen and plant spores. One micron is equal to 1/25,400 of an inch or one millionth of a meter. A human hair is 40 to 300 microns wide.

Once the experiment was complete, the team compiled the data into an ultimate resource for the best DIY sploofs.

The study found that sploofs that use activated charcoal work much better than those that don’t. Activated charcoal absorbs the smoke particles well, being a very porous form of charcoal. It’s found in the products sold to keep fish aquariums free of toxins and used in mainstream air filters, so it’s no wonder it works so well – and, added bonus: it’s easy to find in pet stores!

Another major finding was that using a sploof one room away from the front door, is the optimal method for reducing the likelihood the smell will leave the apartment. So, next time you sit in the living room located next to the front door, just consider moving one room away.

What ways have you found to camouflage the scent of marijuana? Do you have a favorite sploof you use, or a new invention in mind?

10 Ways To Get Rid Of The Smell Of Weed Smoke

Author Bio: Annabelle Buggle is a Digital Journalist who specializes in big data analysis. Throughout her career she has leveraged her unique blend of graphic design and data journalism, to unearth compelling statistics and visually stimulating stories with thought-provoking narratives. Her projects have been shared on world-renowned publications throughout the globe.

How Much Is Too Much? Learn How Much THC Is in a Vape Pen and What Dose Is Best for You

THCV: Your Guide to Tetrahydrocannabivarin