Skip to content
Home / Blog / You’ve Gotten Some Concentrates…Now What? 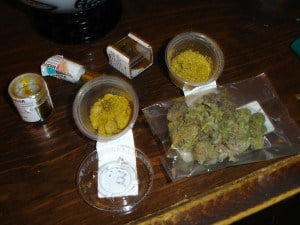 Congratulations on entering the world of cannabis concentrates!

You’ve heard from your friends how awesome they are and how long the effects can last, but you have no idea on how to use them! It’s a little embarrassing asking your stoney friends when you want to be cool and in the weedy know. Hopefully this article will introduce you to the plethora of smoking devices used for consuming concentrates. I’ve written this article from my experiences with hash and concentrates and I’m sure others have more knowledge than I do! Have fun with hash!

You should probably ask yourself: What type of concentrate did I score? Assuming you know a little about hash and concentrates, there are several types or forms that concentrates come in. There are pressed hashes which are usually made of by compressing the kief and or plant materials together to form a flat brick or ball. There are bubble hashes which are made by submerging buds into ice-cold water to knock off the trichromes and gathering the result and either letting it dry or further heat it to form waxes and goos. There’s also BHO (butane extraction) which uses butane to extract the “concentrated” form of the good stuff.

Concentrates are further classified as presses, balls, marbles, melts, waxes, oils, goos, crystals, glass, ribbon, half melts, full melt and super melts. Probably many more than I’ve listed. The half, full and super melts generally refer to the amount of residue left after burning/igniting it.

Tools of the Concentrate World

As mentioned previously, how you are going to consume your concentrates depends on what type you have. You can throw any type/form of has into a joint with some of your weed! If the hash is strong, Roll it in a joint!

and wind up smoking the entire joint by yourself, you may wind up couch-locked for HOURS! It’s best to try just a little sprinkle or dab if it’s an oil or goo, in a doobie if you’re not sure or have never smoked hash or concentrates before.

Put it in a pipe and smoke it! Smoking hash in a pipe with a little bit of weed in the bottom is a great way to test drive your concentrates! Best for the presses, and drier types of hash such as caviars and marbles or if you’re not sure what kind of hash you have. 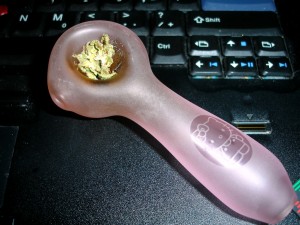 Put it in a Pipe and Smoke It!

I Wanna go for the REAL Concentrate tools!

Ok ok, so you don’t want to mess around and want to experience concentrates for all their glory. So what do the true concentrate chronnoisseurs use?! Skillets and nails and smashers…oh my! It may sound like hardware talk, but they are real devices!

A skillet is an attachment Greenies can buy for their bongs and consists of a hollow glass tube-like device that’s curved with a bell-shaped flair at one end and a glass on glass end that fits into your bong like a regular bowl does. It has a metal (usually titanium) “skillet” which is wire-wrapped to the curve in the glass and has a handle that you can “swivel” the skillet back and forth under the flaired bell end. To get a hit, you torch the metal skillet with a welding torch or other similar device until it glows red hot. You then swivel the skillet with the handle so that the skillet is directly under the bell. Take a dab of your concentrate on a dental pick, metal or glass rod and rub it over the red hot skillet and inhale!! With a skillet you can use most all the full and super melts as well as waxes, CO2 extracted concentrates and oils. 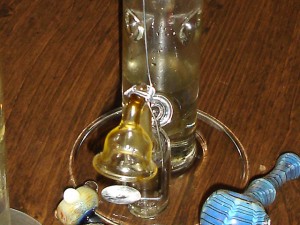 A Globe and nail setup are in my opinion the BEST way to enjoy the full and super melts, waxes and purer forms of hash. The presses really don’t work well because they leave too much residue that doesn’t burn clean. A Globe and nail setup consist of a glass globe, glass or titanium nail and a male apparatus that fits into your glass on glass bong and holds the globe and nail. 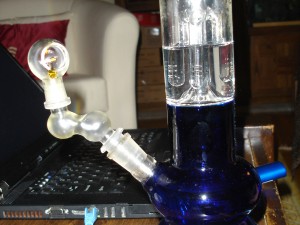 The globe comes with either a top or side opening that you put your dabber through to touch the nail. To use, you remove the globe exposing the nail that rests on top of the male apparatus. Similar to the skillet, you use a torch to heat up the nail until it is glowing red hot. Place the globe over the nail and on top of the male apparatus. Use a glass or metal dabber to vaporize the concentrate by rubbing it on the hot nail and inhale! It has a super smooth taste and a high that last hours over a regular bowl of flowers.

I’ve loved this device ever since I heard about it and was lucky enough to get my hands on one! An Atom Smasher can either be an attachment for a bong or a pipe. I got the pipe because I wanted a way to smoke concentrates on the go without having to worry about breaking my favorite bong on the road or having a bunch of crack-looking devices in my car! Ok, an atom smasher still resembles a crackhead-like device, but only to those who don’t know what it does! 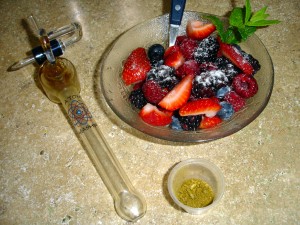 The Atom Smasher concept for both the bong attachment and pipe is a glass bowl, with a glass pick that swivels in and out of the bowl. Again, similar to the skillet and Globe/nail, you heat up the glass pick with a torch until its red hot. Drop a dab or blob of concentrate into the bowl, then swivel the glass pick up and down in the bowl. You will see the concentrate vaporize as you inhale. Concentrates are here to stay so why not try a dab for yourself? The high lasts for hours which can definitely save you money if you’re a Greenie on a budget.

Transdermal Cannabis Patches: The High Of The Future?

What is Cannabis Resin & How is it produced?

Your Guide to Oregon Weed Dispensaries