Skip to content
Home / Blog / Does CBD Thin Blood?: The Relationship Between CBD and Blood Thinners 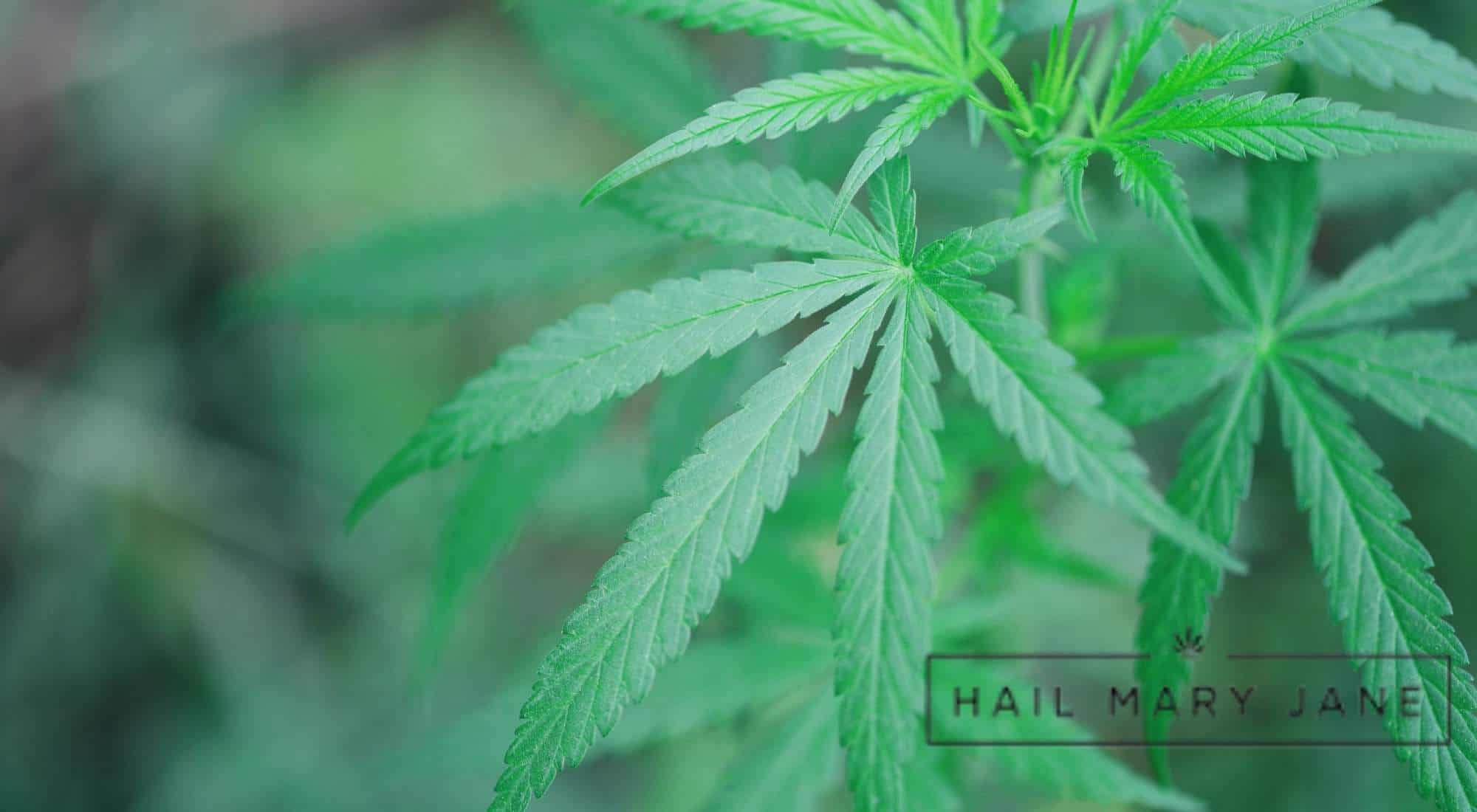 Are you wanting to know more about CBD and blood thinners?

Or, maybe you have heard that CBD can be a natural supplement for most people on blood thinners.

With so much information online about CBD and thinning blood, it can be difficult to know what to believe and who you should trust.

This article will help clear up the confusion by reviewing …

What Causes Blood to Thin?

Blood thinning in the body is caused by a decrease in blood platelets.

Sudden blood loss can lead to decreased levels of platelets and other clotting factors.

Other factors that may cause blood to thin include:

However, there are some instances when thinning the blood should be done intentionally.

When Is the Thinning of the Blood a Necessity?

Thinning of the blood is not always a result of being in a bad health situation.

Your doctor may recommend thinning of your blood may be a necessity if you:

If you have any of these conditions, then it is a wise decision to talk with your doctor about an appropriate blood thinning treatment for you.

When Should Thinning the Blood Be Avoided?

You could be in a situation where it’s best for your health and well-being if you avoid intentionally thinning the blood.

Blood thinning could be life-threatening, if you’re in a high-risk situation.

Therefore, it’s best to avoid blood thinners unless your doctor has recommended them. 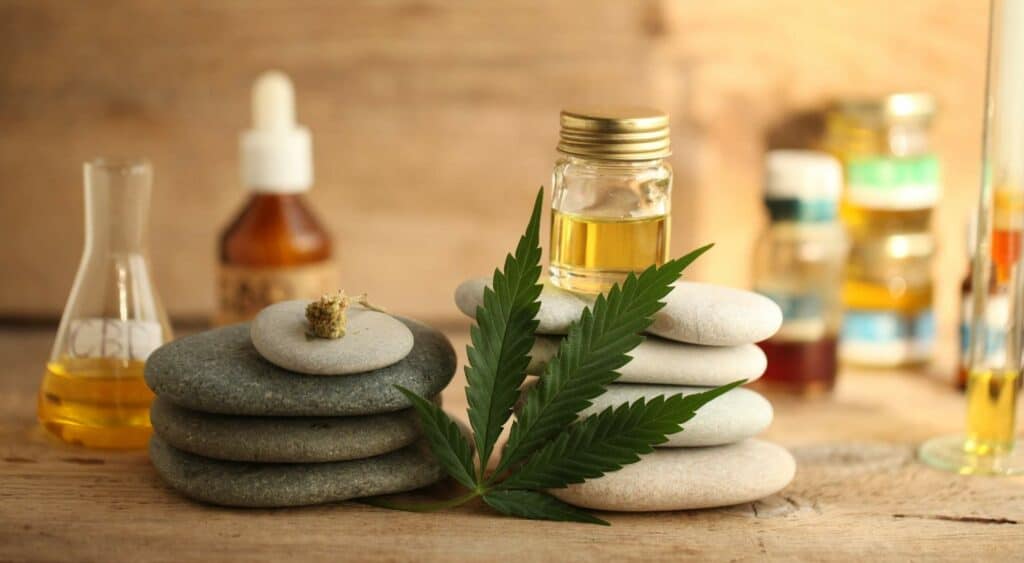 Is There a Relationship Between CBD and Thin Blood?

There are many different opinions and some evidence to suggest there is a relationship between CBD and thin blood.

For years, CBD has been rumored to cause thinner blood.

However, there is no conclusive scientific evidence linking the two, although many people have reported that they experience this side effect after taking CBD.

It is suspected that the thinning of one’s blood may be a possible explanation for why some users see their skin take on a paler hue or notice an increase in bruising and other signs of bleeding.

It has been speculated that the thinning of blood that users attest to experiencing is actually the CBD hindering the clotting of blood.

In an article published by Harvard Health, it states that blood thinners may not actually thin your blood, but they act as an anticoagulant, which helps prevent blood clots.

What Is the Chemical Makeup of CBD?

CBD is a chemical compound found in cannabis plants, made of:

Does the Chemical Makeup of CBD Have Blood Thinning Characteristics?

Results from some studies show that CBD acts as an antithrombotic agent, meaning it reduces the formation of blood clots.

So, does CBD oil thin your blood?

CBD has been shown to have a mild blood thinning effect.

However, another study found that hemp oil, which is found in CBD, affects platelets, which can result in increased bleeding tendencies.

At this time, more studies are needed to fully understand how CBD affects human physiology.

Is CBD a Blood Thinner?

Recent studies indicate that CBD can be used in place of blood-thinners such as Warfarin.

So, the question remains: Is CBD oil a blood thinner?

It would be right to say that CBD is not a medically sanctioned blood thinner.

With some time and more research, taking CBD as a blood thinner may be more widely recognized among medical professionals.

Is CBD an Anticoagulant?

Research from rat studies indicates that CBD may function as an anticoagulant, but this has not been definitively confirmed as conclusive.

However, the studies do validate that cannabinoids like CBD have anticoagulant properties as cannabinol (CBN) and tetrahydrocannabinol (THC).

Is it Safe to Use CBD if You Also Use Blood Thinners?

A 2017 study suggests that there is an interaction between a blood thinner medication (called Warfarin) and cannabidiol.

It is very important to monitor the appropriate laboratory work in patients taking both cannabis products, like CBD, and other blood thinner medications.

When a patient starts taking cannabidiol, for example, it is important to monitor them more closely than usual.

Are There Side Effects to Using CBD With Blood Thinners?

Taking Warfarin together with CBD can make warfarin stay in the body too long.

This may have negative effects such as excessive bleeding or even worse, an overdose.

Patients who want to use CBD with warfarin should talk to a doctor first and see if it will be safe for them.

What Is the Safest Way to Use CBD if You Are Also Using Blood Thinners?

There are various ways to use CBD:

Because everyone’s response to CBD can vary…

The safest way to use CBD in conjunction with your current medication regimen should be according to your doctor’s guidance and recommendations.

Your doctor will know what medications you are taking and how to balance them out safely.

This can be done through blood tests before starting, if necessary.

Can CBD Be Used in Place Of Blood Thinning Medication?

There are conflicting ideas about using CBD in place of blood thinning medication.

You will find that CBD experts and medical experts differ on what is the best.

Even so, researchers have found that cannabinoids, such as CBD, significantly decrease blood clotting.

Experts have concluded that CBD has the potential to treat blood clot-related conditions such as deep vein thrombosis (DVT).

Warfarin is one of the most common blood thinners prescribed to treat deep vein thrombosis.

However, CBD may be an alternative to taking thinning medication like Warfarin.

Benefits of Using CBD as an Alternative Blood Thinner

If you take a blood thinner, it is understandable if you worry about the side effects.

For that reason, many people have been turning to alternative options like CBD as an effective and safe blood thinner because CBD:

Is There a Best Way to Take CBD as a Blood Thinner?

CBD can be used in different ways.

The best way to take CBD as a blood thinner is the way that works best for you, which may include:

If you are on blood thinners and are considering using CBD oil, there may be a certain degree of reservation around the best way to go about it.

This is because there are individualized variables, such as your …

… which can all affect the likelihood of experiencing drug-drug interactions.

Consider this: You’re more likely to stick with the treatment plan if you find one that works for you.

If you’re looking for a natural alternative to blood thinners, Hail Mary Jane can help.

We offer CBD products that are safe and effective.

Our goal: To educate people about the benefits of using CBD as an alternative treatment for blood thinners and many other ailments.

Hail Mary Jane wants to make sure you know what you’re getting when it comes to your health, so we have all the information you need on CBD and how it works.

You’ve Gotten Some Concentrates…Now What?

Do High Doses of THC Stress You Out?