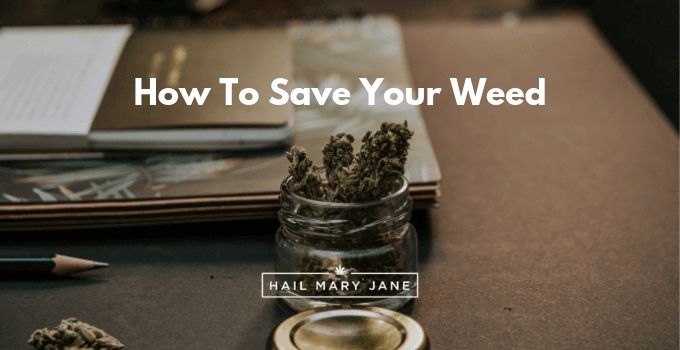 Let’s face it, times are tough right now. Budgets are getting cut everywhere, the economy is still in shambles, natural disasters are going down everywhere. So with all this wild stuff going down, you need to make sure you are going to have a little bit of bud to get you through the hard times.

Prices in my area are about $25 for a gram of something dank. The recession seems to have pushed the prices up a little and the quantities down a little. So what is a broke 20 something supposed to do to make sure they can smoke every day and often?

Here are some things you can do to easily start conserving your weed and save yourself a lot of coin!

How To Conserve Your Weed Easily

Ahh, okay. You didn’t want to hear it but it’s the truest way to save some of your weed. Smoke less! It doesn’t mean stopping altogether. But perhaps it’s time to let go of that wake and bake. It means you won’t have to buy an ounce at a time and can save some money by buying quarters instead!

A lot of smokers instantly dump their roaches. This is unnecessary. You’d be surprised how much weed you can collect from your joint stumps. At the end of the month, you can roll them all up in a blunt and enjoy a little bit of extra weed. If you’re not really left with much, you can empty them out and put them in a cone piece. It sounds stingy, but remember that times are tough!

Cut off your scavenger friends

Usually I’m an advocate for sharing weed with friends, but in difficult times it might be okay to tell a little white lie. Tell them that you’re busy when they call asking to smoke some weed, or tell them that you’ve run out of herb. There’s nothing wrong with keeping your stash a secret from your scavenger friends. After all, weed is expensive and when you’re running low, it can be downright difficult to share. Everyone’s got that friend who loves to scrounge around for weed in your pocket. So let them go for a while.

Vaporizing your weed is a great way to minimize how much you consume. It gives a powerful high without actually using so much of your stash. Plus, for those who don’t know, you get more THC out of a vaporized smoke. Some of the THC actually gets destroyed in the smoking process, whereas vaporizing it means you can get all the THC out. You get higher by smoking less weed.

We all know how easy it is to chew through a bag when you’re smoking blunts and joints. You need a lot of herb to fill up a paper or a blunt. Plus, blunt wraps and papers cost money. If you put your weed in a pipe or cone piece, you can conserve your weed for much longer. Some weed even gets lost to the storytelling process. We all have that friend who lets the joint burn down while telling stupid jokes.

Smoke some, sell some 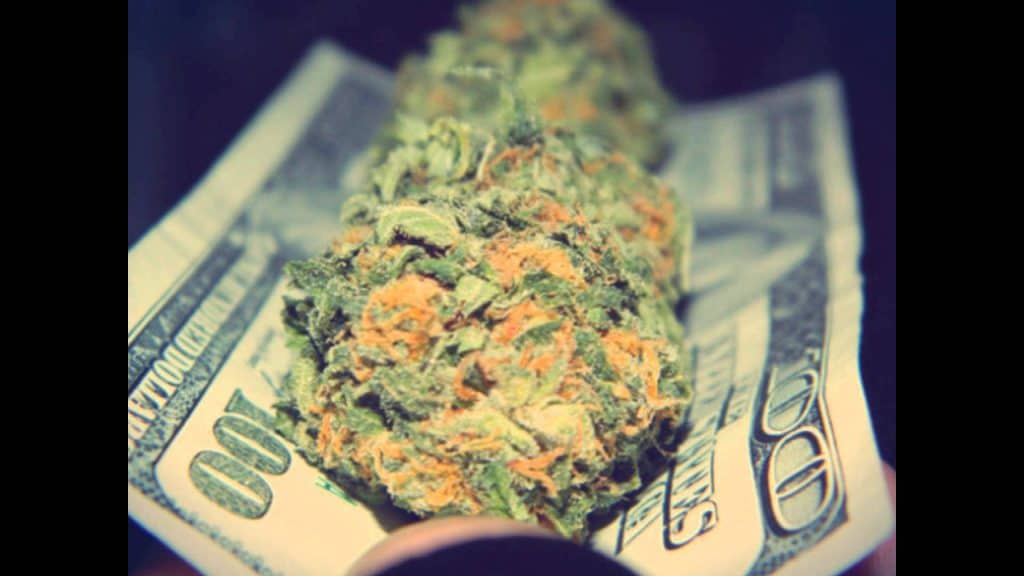 Now, I’m not suggesting you turn into a big time drug dealer. But you can save a lot of money by selling some of your weed. When you buy in larger amounts it’s usually cheaper. Then you can sell grams for more to your cheap friends. You might even end up getting your weed for free this way after you calculate all the costs and the money you can make. You probably have some friends that like to smoke weed, too. So sell them a gram or two here and there.

Don’t carry all of your weed

So you’ve been invited over to a friend’s place or a smoking circle. If you take the whole quarter, chances are you are going to smoke a lot of it, if not all of it. So every time you find yourself on the way to a friend’s place, just carry a gram bag with you. That will ensure that you don’t end up smoking your whole stash. You’ll be able to save most of your ganja for yourself without looking stingy at the smoking circle.

By lighting just one corner of the bowl, you can get way more smoke out of your cone. You’ll also be surprised how stoned you can get off just half of the weed you actually put in the cone. If you’re sharing, then one cone will be enough for two or three people. If not, then you’ll have some weed left in the bowl in a couple of hours when it’s time for your next smoke.

Use a one hitter 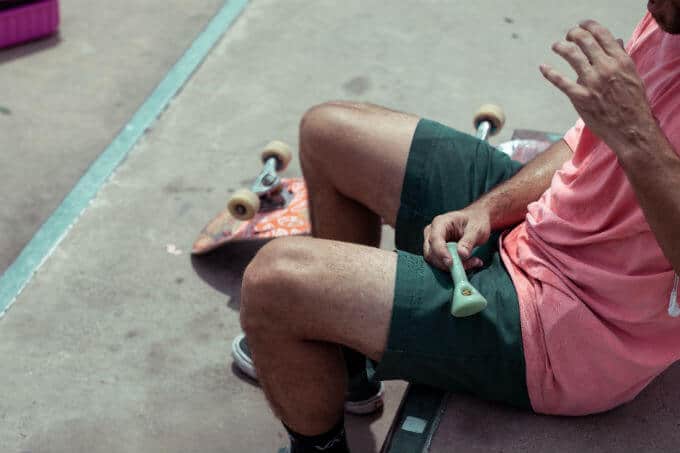 A one hitter pipe is one that usually just fits one hit inside of it. It’s enough to get high without overdoing it and wasting a whole ton of weed. A lot of the time, we smoke way more than necessary. It’s a “eyes bigger than your appetite” kind of situation – except that the appetite is never satisfied. Take one hit and watch how high you get! And also watch your stash decrease much slower.

It can be really tempting to grind your entire stash as soon as you get it so that it’s ready to be used. But this can deceive you into smoking way more than you should. When you get your bag, put some of it in a jar and hide it somewhere. It will make for good storage and give you something to smoke at the end of the month. If you do this every time you buy a bag, you might even start to collect a whole bunch of storage. This can then be smoked in those really difficult times!

Use a three tier grinder 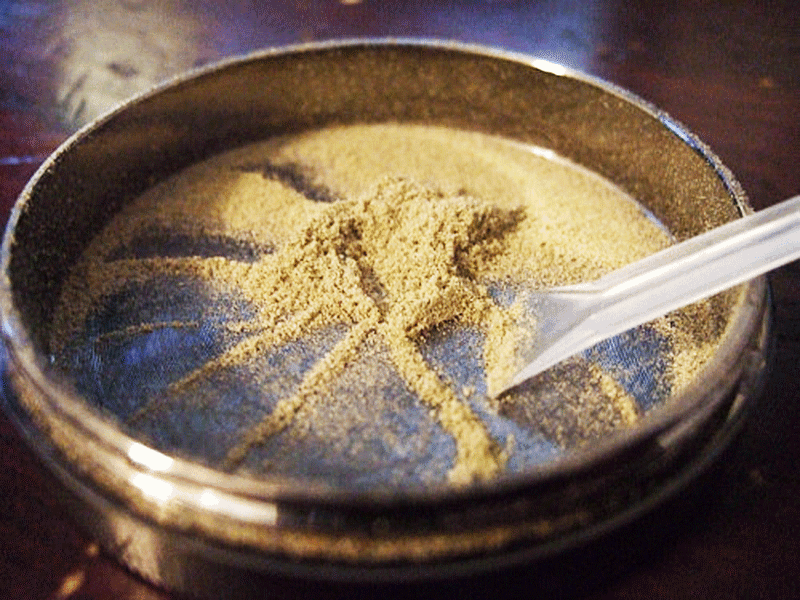 When you use a grinder that has three tiers, there is usually a compartment at the very bottom for collecting kief. Yes, it takes a long time to collect kief this way. But after a few months of using that grinder (and that grinder only), you can be left with a few grams of very powerful kief. This is especially true if you like to smoke top quality weed that has a lot of trichomes on it. They all fall to that bottom compartment and create something like a reserve for when things get rough and you run out of herb.

By storing your weed in a glass jar, you avoid the risk of it going bad. In a plastic baggy (especially in humid places) it can go bad really quickly. Glass jars are how growers cure their weed over a long time, and it can actually get stronger. However, in a baggy, weed can start to get moldy and lose its power. Don’t leave your jar on the window sill, either. Storing it in a cool, dark place will make it last much longer. This also means that it won’t dry out too much. Smoking weed that has dried out a lot can be extremely harsh on the throat. It also burns much faster, meaning that you’re not really conserving that much at all.

How to make your weed last longer 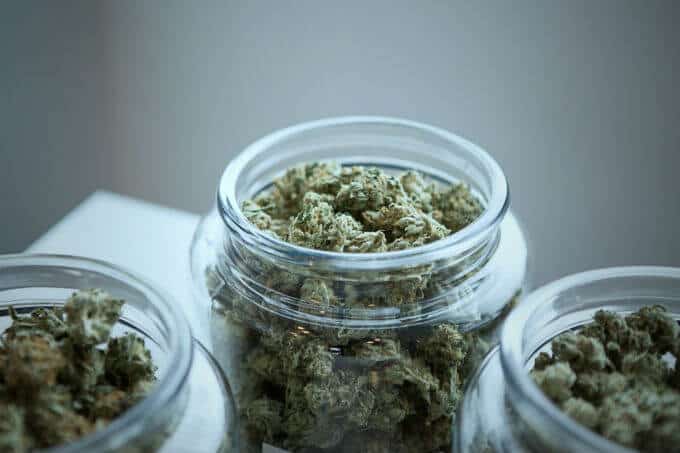 To make your weed last longer, you need to control its exposure to air and heat. Don’t forget that heating up your weed is usually the way to use it up. So by keeping it somewhere sunny or warm, you’re contributing to its degradation. Do NOT put it in the refrigerator. It will accumulate moisture in there and cause you a myriad of problems, including mold. The same is true of the freezer. Freezing it can damage the trichomes, which are the part of your weed that get you the most high.

Avoid storing your weed in plastic or metal. Glass is the best material to store your weed in. Even though I don’t recommend airtight jars, they also shouldn’t let too much air in. It requires a very delicate balance to keep everything in the jar as it should be.

The 10 Best Ways To Smoke Your Weed